By donating several inductive sensors to the federal observatory in Heidelberg's LUCIFER project, Pepperl+Fuchs supported an astronomical instrument which will be used in the Large Binocular Telescope on the 3000 meter Mount Graham near Tucson, Arizona/ USA (see fig. 1). 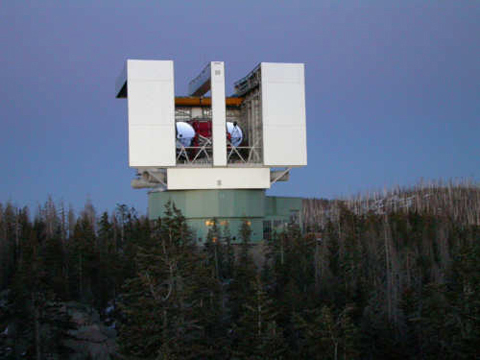 This telescope consists of two 8.4 m mirrors on a common mount equipped with additional devices and upon completion will exceed the capability of the Hubble Space Telescope.

Two of these additional devices are the LUCIFER spectrographs/ cameras which are being built by a consortium of five institutes headed by the Federal observatory Heidelberg and can be used for various spectroscopic applications and direct imaging.

Because the two LUCIFER instruments operate in the short infrared range between 0.9 µm - 2.5 µm wave lengths, the background noise must be minimized by cooling. The controlled operating temperature is approx. 70 K (-203.15 °C) and is maintained with precooled liquid nitrogen and the use of two Closed Cycle Coolers with 160 W cooling power each. The scientific instruments are, therefore, encapsulated in a thermal radiation shield, additionally packed in super insulation foil, and operated under vacuum in a cryostatic temperature regulator. These measures ensure that the heat radiation of the earth's atmosphere and the telescope mirror at ambient temperature do not interfere with the weak infrared signals of the celestial sources to be demonstrated.

The instruments used in the telescope must be rotated around the cylinder axis to compensate for the earth's rotation. This is where the series NBN4 inductive sensors from Pepperl+Fuchs will be used. To lock the rotation drive the presence of temporarily connected hoses and cables at the instrument is detected contact free via series NBN4 inductive sensors. If one of the signals is detected the rotator is blocked via a programmable logic control. This is implemented via an "interlock" signal at the telescope control to prevent damage to cables, hoses and instrumentation (see fig. 2). 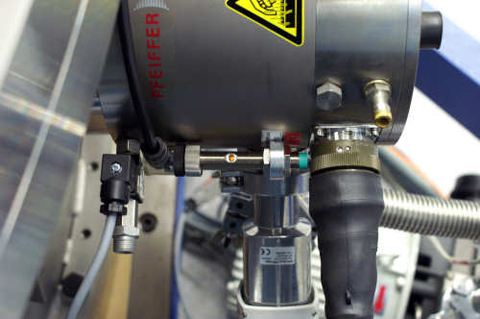 The state of the two LUCIFER instruments (cryostatic temperature regulator correct and tightly sealed) is also detected via inductive sensors. For visualization the sensor signals are passed to an interface which provides the information via an Ethernet interface to the observer (see fig. 3). 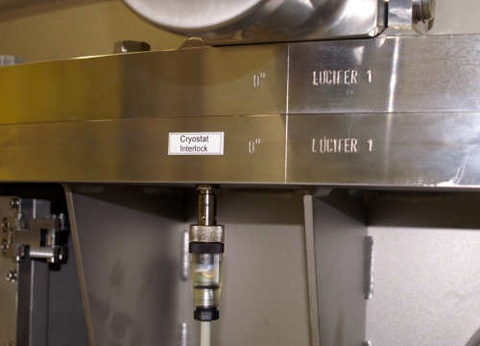 With this donation Pepperl+Fuchs hopes to contribute to the success of the LUCIFER spectrographs/ cameras as they begin operating in the largest single telescope in the world in just over a year's time.