Reliably detecting blue solar wafers is difficult because the wafers are designed with an antireflective coating. While this helps improve absorbing capacity and efficiency, it has created many detection challenges for the electronics industry.

We need to create a fast, reliable, and affordable detection solution that can sense dark blue solar panels, which typically absorb the red light found in traditional photoelectric sensors.

The ML100 BlueBeam has a powerful, but focused, light spot that uses a visible blue LED with a 470 nm wavelength. Traditional red LEDs rely on 650 nm wavelengths. Since the solar panels are made of blue silicon and come with an antireflective coating, the version with the visible blue LED offers more precision than the typical visible red LED. Compared to red light, blue light works better for wavelengths near to blue like green, indigo, or violet. 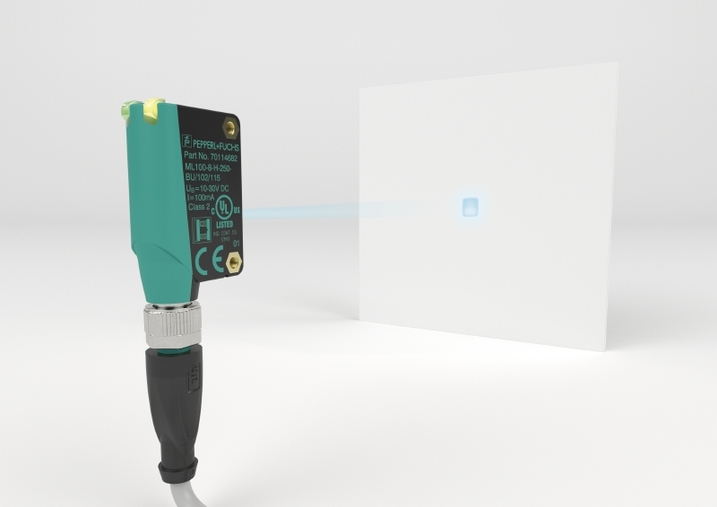 BlueBeam is the best option for detecting blue wafers. The use of the ML100 BlueBeam not only reliably detects blue wafers, but it can also be used for detecting PCB’s, which are almost as difficult to detect.  Plus, an ML100 BlueBeam with its blue light source won’t interfere with an ML100 PowerBeam with its red light source even when mounted directly opposite and looking directly at one another.

Since the beam is visible from all directions, the blue LED light source simplifies installation and setup.

Because the high frequency sampling is less prone to interference, BlueBeam keeps signals stable when exposed to mechanical force like shock and vibration.