Power Surge—The No. 1 Underestimated Cause of Damage 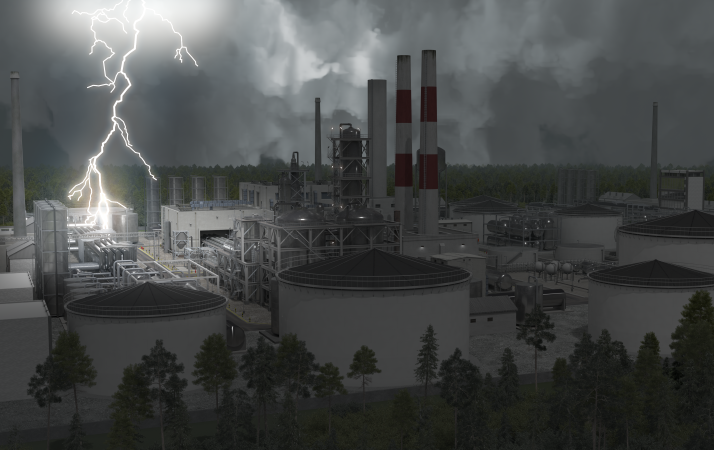 Based on data from NASA satellites, researchers evaluated global lightning strike rates. Several regions of Malaysia were among the lightning hotspots, including its capital Kuala Lumpur, which was identified as the capital city with the most lightning strikes in the world. Large parts of the country have a tropical rainforest climate with abundant rainfall and numerous thunderstorms. So, overvoltage caused by lightning strikes is one of the most common causes of electronic damage in Malaysia.

A large oil refinery located on the east coast of Malaysia processes approximately 50,000 barrels of crude oil daily. The plant is frequently exposed to the abovementioned natural hazards, which is why incidents that are likely to have been caused by lightning strikes have occurred repeatedly in the past. For example, the control system‘s I/O cards were irreversibly damaged. Field devices, isolated barriers, and the power supply also failed.

In 2014 the refinery was expanded to include an integrated condensate separation unit for petroleum, with a capacity of 74,300 barrels per day. As part of this project, surge protection was to be installed, incorporating the alternating current (AC) and direct current (DC) voltage supplies, as well as then signal lines in the control room and on the control and field side. All of the relevant IEC standards had to be considered.

The new surge products had to meet the strictest requirements for reliability. The customer also placed great emphasis on minimal wiring requirements and a contract for annual maintenance by the manufacturer. The refinery was looking to select a partner company with many years of experience in the field of intrinsic safety that possessed engineering knowledge and expertise in the subject of grounding. In addition, the devices had to meet the IEC standard for AC and DC signals.

The choice of operators for the process control system came down to Yokogawa and Honeywell. Devices from manufacturers including Honeywell, Endress+Hauser, Yokogawa, Rosemount, and ABB were used in the field. The surge protection products selected were the one-piece, 12.5 mm wide K-LB modules and P-LB barriers from Pepperl+Fuchs. The highly reliable and compact solution also met the customer’s requirement for minimal wiring by snapping easily onto the DIN mounting rail. The K-LB modules can also be attached to K-system components. 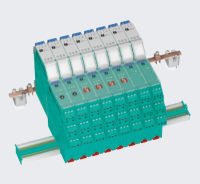 The PL-B plug-in surge protection barriers from Pepperl+Fuchs reliably eliminate the risk of subsequent coupling caused by poor wiring. The device and surge protection used in this solution form an electronic and mechanical unit. Only the lines on the field side and the control side must be physically separated. The barriers also impress thanks to a compact design, quick mounting by simple plug-in, and minimal wiring. 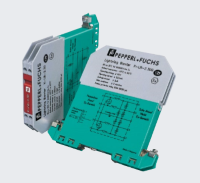 At only 12.5 mm wide, the K-LB surge protection modules reliably limit surge voltages induced by lightning strikes, switching operations, and other causes. This is achieved by discharging increased current to ground and limiting the voltage for the duration of a voltage surge. The affected device is supported by a low forward and insulation voltage. This functionality optimally protects all components with an isolation voltage of less than 500 V, such as Zener barriers, standard I/O cards, and some field devices.