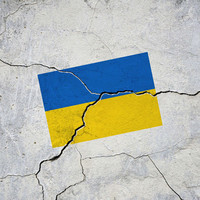 (Last updated: 2022-04-12) The war against democracy and the people of Ukraine is causing unimaginable human suffering—not only for the population there, but equally for Ukrainian and Russian families mourning the senseless deaths of their soldiers. This war is an unprecedented attack on the European peace order, which is based on freedom, human rights, self-determination and justice. The solidarity of Pepperl+Fuchs goes out to the Ukrainian people and our sympathy goes out to all those who have been harmed by this war. It is the outright violation of international law, the disregard for the right of peoples to self-determination and the aggression against the civilian population. The Russian government is called upon to cease all attacks and return to the negotiating table.

Numerous European and, among them, German companies have stopped or significantly reduced their business with Russia for the time being due to their own conviction and due to various embargoes and sanctions. Following a conscientious review of the relevant sanction requirements, Pepperl+Fuchs will resume deliveries to its Russian sales companies in April in a significantly reduced scope and in compliance with these sanction requirements. However, the focus of these continued efforts is not on maximizing sales and profits, but on trying to help limit the impact of sanctions on the Russian civilian population by supplying spare parts. Products from Pepperl+Fuchs, which are needed in the food industry, in freight transport, in the pharmaceutical industry or as safety-relevant equipment, are essential and necessary for this. In order to ensure that the supplies are used as intended, on the one hand the order volume is severely limited financially, and on the other hand deliveries are only made if the end customer confirms the use of the products. Deliveries to the oil and gas industry also require additional confirmation from the Management Board of the Pepperl+Fuchs Group. Belarus and the regions of Crimea, Luhansk and Donetsk will continue not to be supplied by Pepperl+Fuchs.

The Executive Board is permanently monitoring the development of the sanctions and requirements and will regularly reassess and review the course of action now adopted. The war in Ukraine will also be taken into account in this process.

In addition, we are engaged in a large number of humanitarian projects in Germany and Europe to help the people in Ukraine and those fleeing as extensively as possible. We continue to hope for an end to all hostilities as soon as possible.